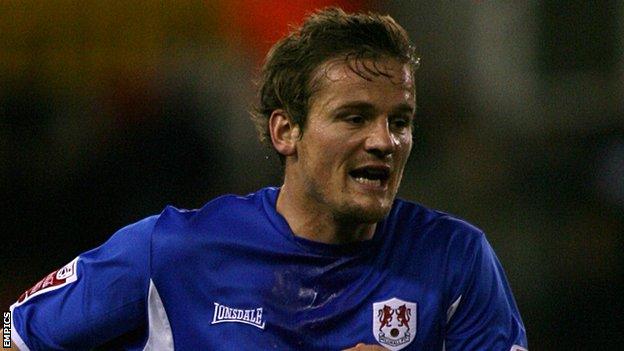 The 40-year-old, who has been the manager of the academy at Cardiff City since 2007, will be assisted by ex-Aston Villa defender Neil Cox.

Ardley made over 300 appearances for the original Wimbledon side during an 11-year spell with the club.

Simon Bassey, who was in caretaker charge after Terry Brown was sacked, will remain on the coaching staff.

Dons chief executive Erik Samuelson said he and Dave Bassett, who had been assisting the club with their hunt for a new boss, had been impressed by Ardley.

"We put the candidates through a very exacting interview process," Samuelson told the club website.

"They were all very impressive but it wasn't difficult to pick out the outstanding candidate for the role.

"Neal's background in bringing through young players fits perfectly with our commitment to youth development. We are looking forward to working with him."

Brown, who had led the Dons into the Football League in 2011, was relieved of his duties last month after winning just one of their opening seven league fixtures this season.

The Kingsmeadow outfit, who currently lie 21st in the League Two table, entertain Cheltenham on Saturday.