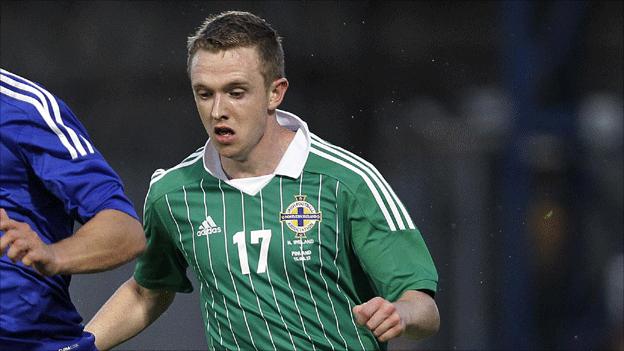 Shane Ferguson and Martin Paterson are among four players to have withdrawn from the Northern Ireland squad to face Portugal in Porto next week.

Newcastle midfielder Ferguson has a hip complaint while Paterson is suffering from ongoing fitness issues.

Hull defender Joe Dudgeon has a knee injury and Hibernian's James McPake is out with an Achilles problem.

NI manager Michael O'Neill has drafted Lee Hodson, Rory McArdle and Daniel Lafferty into his squad for the game.

Dudgeon had been called up to the senior squad for the first time by O'Neill last week.

Ferguson has made a favourable impression since being introduced to the panel by the former Shamrock Rovers boss and scored a goal in the 3-3 friendly draw against Finland at Windsor Park in August.

Jamie Ward and Chris Brunt were ruled out of the trip to Portugal with hamstring injuries prior to the announcement of the squad.

West Brom defender Gareth McAuley is suspended after picking up bookings in the matches against Russia and Luxembourg.

O'Neill's side are struggling to retain a realistic hope of qualification for the 2014 World Cup finals after picking up just one point from their opening two fixtures.