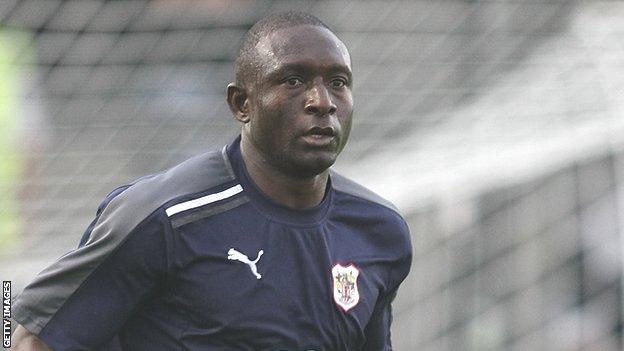 Plymouth Argyle have extended the loan spells of strikers and until December.

Burnley striker MacDonald, 22, is available up to the Johnstone's Paint Trophy area quarter-final during the week of Monday, 3 December.

Macca and Guy have both come in, settled in well and added something to the team

Former Cameroon Under-23 international Madjo, 28, who is on loan from Aldershot, is available until the Devon derby with Exeter City on 15 December.

The pair have scored a goal each in their time at Home Park this season.

"It's great that both Macca and Guy want to stay here so we have got it all signed, and they're now here for the next couple of months," said Argyle manager Carl Fletcher.

"Alex has been playing a little bit wider than normal, but he's one of those players who can do a job anywhere and he seems to be relishing that position.

"The good thing with Guy is that he wants to do well and play. He always wants to improve, too, and can often be found doing a little bit extra on the training pitch.

"Macca and Guy have both come in, settled in well and added something to the team, and that's exactly what you want from loan players."