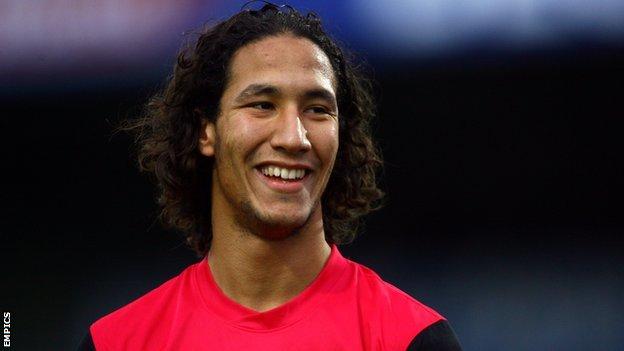 Ipswich Town loanee Bilel Mohsni has said he must learn to control his temper if he is to secure a permanent move from Southend United.

The 25-year-old Tunisia-born Frenchman has picked up 19 bookings and three red cards since arriving in England in July 2010 - and has twice walked out on the Shrimpers during games.

"I know my temper is not the best," he told BBC Radio Suffolk.

On a train to nowhere

Mohsni has twice left during Southend games and got a train home. The first time was an FA Cup loss to Oldham in December. He repeated the disappearing act again in March, leaving during a 1-0 League Two defeat at Morecambe

The versatile defender's Roots Hall career has been a mix of match-winning performances and occasional lapses in discipline.

But he insists his temper is a reaction to being a "bad loser", as he looks to turn his - who have won twice all season - into a permanent switch.

"It is more frustration. I'm a bad loser. My temper comes when I lose," he said.

"When I make a mistake I beat myself up a lot. But I have to work on it and it will be fine."

I'm a bad loser. My temper comes when I lose

He has played in almost every outfield position for the Shrimpers, scoring 18 goals in 54 league games in the process, raising the question over where Ipswich boss Paul Jewell will utilise him.

"Maybe he could put me in as a striker. Maybe he needs a centre-back," said Mohsni.

"We chatted together. I said 'some people want me right-wing, left-wing, central midfield'. I'm happy in any position. It's just better to be in the starting 11 than on the bench.

"When I came to Southend I was a centre-back. And then after some injuries I scored a lot of goals in training so the manager asked if I could play striker. I said 'no, but if you need it why not?'."