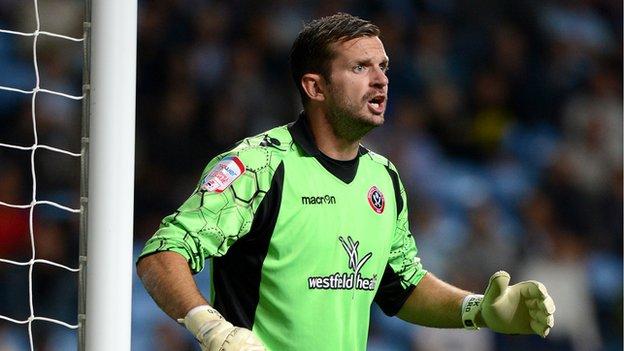 Sheffield United goalkeeper Mark Howard could be sidelined for up to 12 weeks with a severe thigh problem.

Howard's injury, suffered in the win at Leyton Orient, will see him out for more than the one month initially thought when he suffered the injury.

"It's a lot longer unfortunately. It looks like it's going to be between 8 to 12 weeks at the moment," manager Danny Wilson told BBC Radio Sheffield.

"We are a man down in that area and it's important to bring someone in."

The 26-year-old has appeared in all of the Blades' league matches this campaign after Steve Simonsen was released at the end of last season.