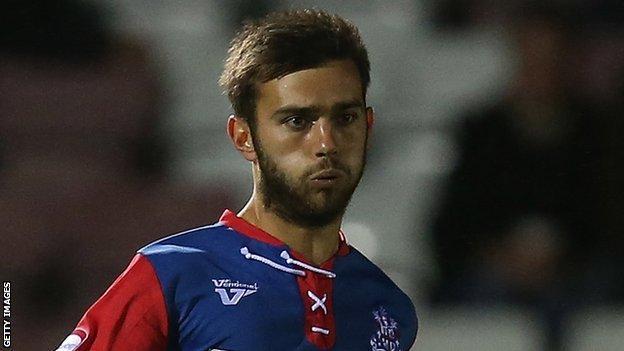 The 20-year-old has scored two goals in nine appearances for the League Two leaders this season.

He told BBC Radio Kent: "I was sitting deep last season but I've been moved further up this year. I'm enjoying a more attacking role.

"The coaches are helping me every day and I think it's showing on the pitch that I can do it in the final third."

He added: "If I stay fit and keep playing well I think the gaffer [Martin Allen] wants to use me in that position.

"I don't really mind as long as I'm playing."

Payne recently returned to the side following two weeks out with a groin injury and Gillingham boss Martin Allen has praised the youngster for his commitment on the training ground.

"He's been pushed and punished and he's had to train harder than he has probably done in his life," Allen told BBC Radio Kent.

"The work has to be done and the work you put in will come out in [your] performance.

"If they're not in the team they have to do their extra work.

"You find out so much about people. He worked tirelessly and in the last couple of games he's been absolutely outstanding."