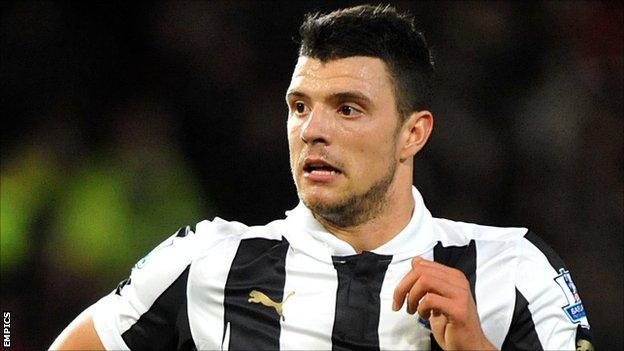 Newcastle midfielder Haris Vuckic has been ruled out for the season after he ruptured a cruciate ligament.

The Slovenia international, 20, was withdrawn after a challenge with Aston Villa midfielder Samir Carruthers in Monday's 1-0 reserve team victory.

Vuckic had made three first-team appearances for the Magpies this season, scoring one goal.

Meanwhile fellow midfielder Dan Gosling is also ruled out for up to a month with ankle ligament damage.