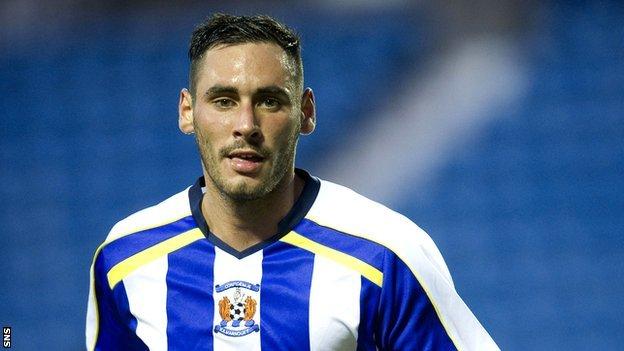 Kilmarnock midfielder Danny Racchi will be out for four to six weeks after undergoing a knee operation.

The 24-year-old suffered the injury in the 3-1 defeat by Aberdeen at Rugby Park on Saturday.

Racchi signed for Kenny Shiels' side in May 2011, following his release from York City, and has made 23 appearances for the Ayrshire club.

The Englishman has featured regularly this season, scoring once in his 10 outings.