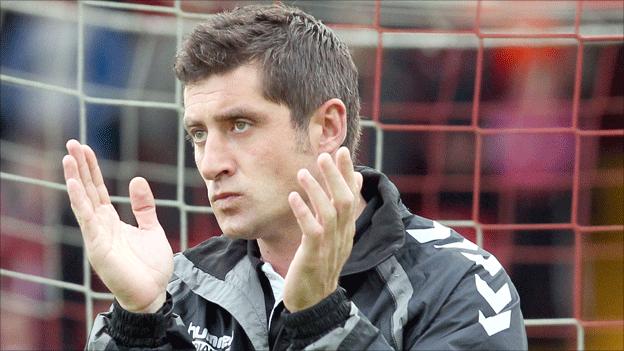 Stephen McLaughlin headed in a Rory Patterson cross in the sixth minute.

Patterson scored the second from the penalty spot after he had been fouled inside the area by home goalkeeper Oscar Jansson.

Barry McNamee finished neatly in the 47th minute, before Thomas Stewart slotted low into the corner late on.

The Candystripes will face St Patrick's Athletic in their final league game on Friday night and then enjoy a two-week break before playing the same opposition in the FAI Cup final on 4 November.