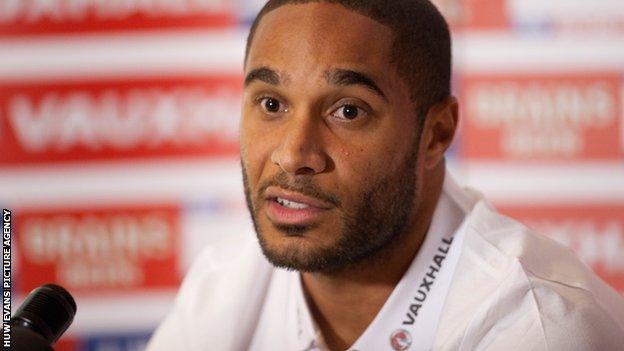 The Swansea City defender believes the players, and not Coleman, were to blame for the recent 6-1 defeat in Serbia.

We need to win the game for him as well ourselves and the country.

Wales go into the must-win game against the Scots bottom of their qualifying group for the 2014 World Cup in Brazil.

"We feel like we kind of let him down a little bit on the pitch to be honest," admitted centre-half Williams.

"We really want to win the game for him because we know he is under a little bit of pressure.

"He has come under criticism, which people are going to do because of the results, but we feel it's a little bit unfair because it's not really his fault. It's more ours."

No manager of Wales has lost their first five games in charge. However, Coleman, who took over as boss following the death of Gary Speed, has seen his first four matches all end in defeat.

Wales have not lost their first three games in a World Cup qualifying campaign since 1968-69 either. Yet they have already been beaten by and Serbia this time around.

Football Association of Wales chief executive Jonathan Ford has backed Coleman ahead of the Group A games against Scotland and Croatia, which takes place in Osijek next Tuesday.

According to Williams, who has taken over the captaincy from Aaron Ramsey, the players have followed suit.

"Everyone is really happy with him and I can speak for the rest of the lads," said the former Wolverhampton Wanderers defender.

"We need to win the game for him as well ourselves and the country. That will be in the back of our heads come game time."

Coleman, who will be without the likes of Craig Bellamy and Adam Matthews for the qualifier against Scotland, has conceded his team have to play well at the Cardiff City Stadium after the Serbian debacle.

"We all know that we owe a performance," he insisted. "We are in debt now to our country, to our supporters. When you perform like that and you take the hiding which we did, that's on all our CVs.

"All we can do is go into the next game, be determined and show what we are made off. The signs this week have been very good."