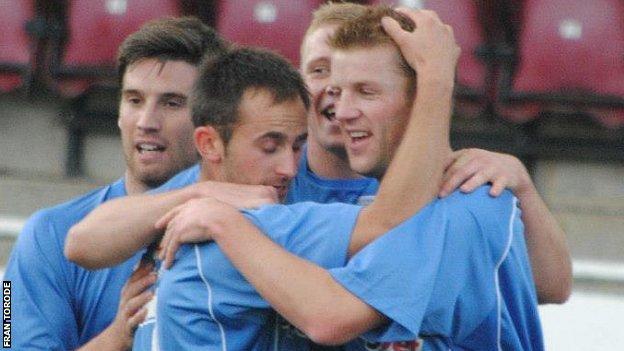 Guernsey FC assistant manager Colin Fallaize felt his side dealt with the pressure of the FA Vase first round well after beating Whyteleafe 3-2.

Guernsey were 3-0 up at half-time after two goals from Ross Allen and one from Dominic Heaume before the home side got two late on to set up a tense finish.

"So far we've not really been put under too much pressure," Fallaize said.

"That's something we're going to have to experience and the more experience we get the more we'll get out of it."

And while Guernsey, who are second in the Combined Counties League, are still concentrating on gaining a second successive promotion, Fallaize says it is nice to have something different to play for.

"It's quite a bonus because in itself it makes for a more attractive journey," he told BBC Guernsey.

"Financially there's something to be gained for it as well as everything's been going out of the wallet rather than into it."