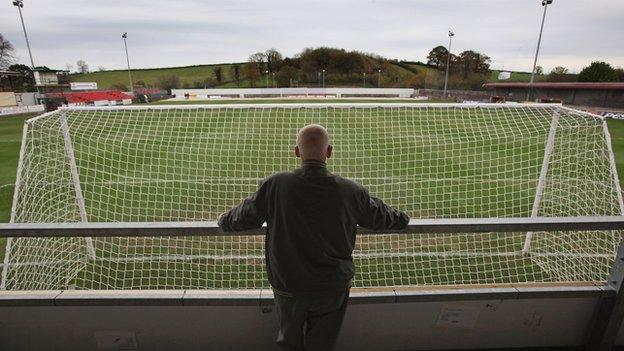 When I set up Non-League Day in 2010 I had no idea it would grow to what it has become today.

Set up as a social media experiment among friends after being inspired by a pre-season trip to watch Queens Park Rangers play at Tavistock in Devon, it is now an event backed by Premier League and Football League clubs, MPs, celebrities, media organisations, charities and most importantly the non-league clubs themselves and the fans that decide to turn up on the day.

Always scheduled to coincide with an international break, Non-League Day gives fans of Premier League and Championship sides the chance to experience football at a level they may be otherwise unfamiliar with.

It gives them the chance to go along and see what's going on at a club that might be on their doorstep which they've never shown any interest in before or even knew existed.

Many non-league clubs field more than just a first team, with the money that is taken at the turnstiles often part-funding thriving youth set-ups and facilities which can be used by the whole community for other purposes.

The level of skill on offer at non-league grounds will never compare to that at the Emirates Stadium or Old Trafford, for example, but there are other sides to the experience, from which the smaller club will always win hands down.

For many supporters of non-league football it's the sense of belonging and preservation of traditional values that remains so appealing.

The vast majority of games still kick off at 3pm, ticket prices are realistic, you can stand anywhere in the ground and will always be guaranteed a warm welcome by people who run their clubs for a love of the game.

There is also a better chance of winning the half-time raffle!

If you like the sound of that, then there are plenty of clubs all over the country that are taking part and offering some great deals to get new spectators to come along. And, aside from the many offers of reduced or even free entry for Premier League and Football League fans, there are many other special or unusual events taking place.

If none of these games are good for you, use the Non-League Day match finder to discover clubs and offers nearer to you.