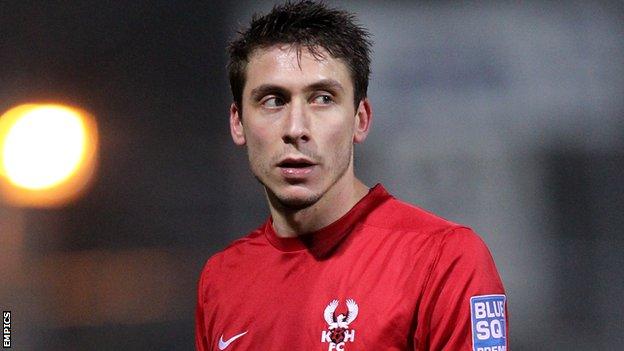 Ex-Torquay midfielder Chris McPhee has admitted he has found it hard to adapt to playing in the "dirty" Blue Square Bet South with Salisbury.

The 29-year-old joined the Whites as player-coach in the summer, having previously played in non-league for the Gulls, Weymouth and Ebbsfleet.

But McPhee says he has been shocked at some of the "underhand" tactics he has come up against.

"I've been surprised how some have played," he told BBC Wiltshire.

"In some games the players can be quite dirty.

"It's the pinching and the scratching - it's a disgrace and it's taken me a while to adapt which I didn't expect."

Salisbury are currently top of the table, three points ahead of second-place Dorchester.

McPhee, who also counts Brighton, Aldershot, Swindon and Kidderminster among his former clubs, was playing against The Magpies last weekend when he suffered a painful facial injury which has left him with a visible wound.

"I've got a massive scratch around my face at the moment," he continued.

"As the ball was in flight he grabbed me round my neck and then ripped his hand away, which removed all the skin.

"My missus wasn't too happy when I got back home."