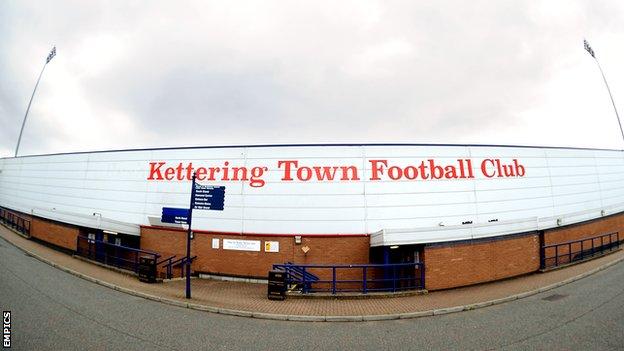 Kettering Town's plight has continued to worsen with the postponement of a third consecutive game.

Their Red Insure Cup game against Arlesey Town has been called off as Nene Park has no electricity.

The club have been unable to pay a deposit to the energy supplier, who have cut off the power.

to face Leamington, and the visit of Bideford was also postponed because of the lack of electricity.

Their last match was a 7-0 league defeat by Bashley, in which they started the game with just 10 players.

and they must still pay £3,000 as part of a company voluntary agreement to avoid the prospect of a winding-up petition.

The 140-year-old club are bottom of the Southern Premier Division on minus five points after being relegated from the Blue Square Bet Premier last season following a financial collapse.