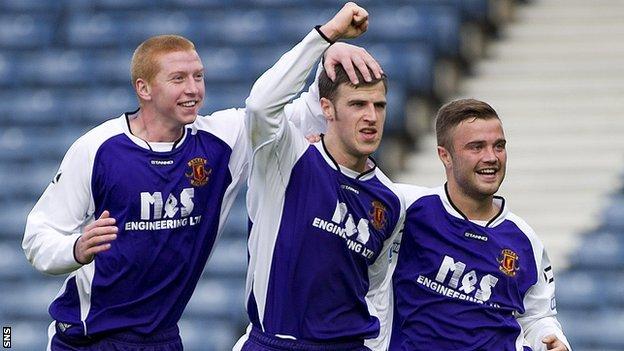 Graeme Ramage finished well from six yards to put the visitors ahead after 25 minutes.

Two impressive finishes by Lawrence Shankland - one either side of half-time - edged the Spiders into the lead.