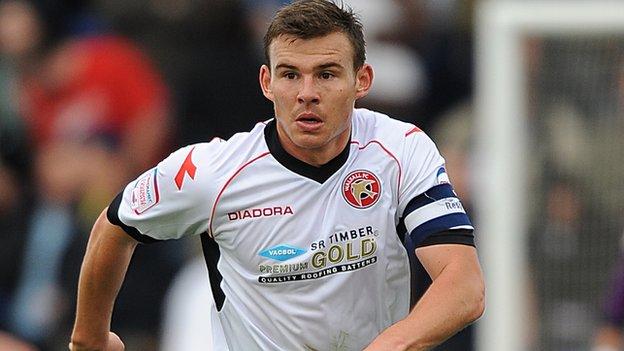 Walsall skipper Andy Butler admits that this season's 'Total Football' approach under Dean Smith is a throwback to his days under Nigel Adkins at Scunthorpe.

Butler was part of Adkins's equally attack-minded team that won promotion to the Championship in 2007.

And he recognises the same sense of free enterprise in Smith's approach.

"Dean Smith reminds me so much of Nigel Adkins, the way he puts his message across, the way he wants to play football," Butler told BBC WM.

"He reminds me a lot of what we had at Scunthorpe, which can only be good news for the Walsall fans."

While Adkins has gone on to enjoy dual promotions at Southampton, Butler is convinced that Walsall are still heading in the right direction too.

After only just escaping relegation in April, with a week of the season to go, the Saddlers then survived this term's 3-0 opening day home defeat by Doncaster to catapult themselves into the League One play-off zone by the end of September, thanks to George Bowerman's late winner at Bournemouth.

Walsall's attacking approach appears to have backfired on them since the start of October, having now suffered three league defeats - and a Johnstone's Paint Trophy exit - to slip to 11th.

But they are still only four points off the play-offs - and all four games could easily have gone the other way, especially Sunday's 1-0 defeat at Shrewsbury, where home keeper Chris Weale was the man of the match.

"It's the old saying," added Butler. "If it had been a boxing match, it would have been stopped early doors.

"Last year we'd have been booed off after some of the results we've had. But the fans have been great. They can see what we're trying to do.

"You can see in training that the lads are enjoying playing.

"The young lads that we've got want to get on the ball all the time.

"People sit back off us and we play football for fun.

"I can't wait for next week to come. And, if we keep plugging away and keep doing what we're doing, the results will come too."