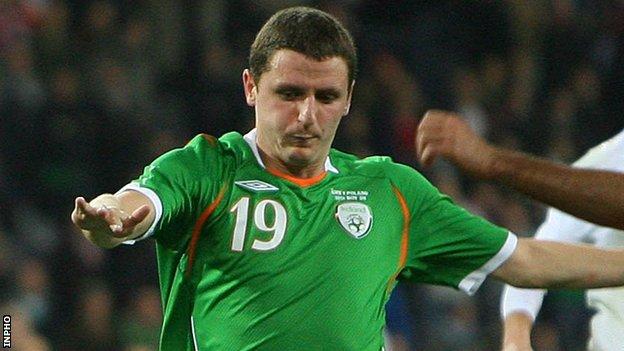 Alex Bruce and Grant McCann are the latest withdrawals from the Northern Ireland squad for Tuesday's World Cup qualifier against Portugal.

Republic of Ireland cap Bruce was in line for his Northern Ireland debut after receiving his first call-up.

Hull defender Bruce is ruled out by a groin strain while Peterborough's McCann has a knee injury.

Bruce's Hull team-mate Dudgeon had also received his first call-up to the squad.

Chris Brunt and Jamie Ward were not named in the original squad because of injury.

O'Neill has already drafted Lee Hodson, Rory McArdle and Daniel Lafferty into his squad for the game but will not call up further replacements despite the withdrawals of Bruce and McCann.

Defender Bruce won his two Republic caps in friendlies in 2007 and 2008 so he is still eligible to represent Northern Ireland.

Northern Ireland lost their opening qualifier against Russia 2-0 in Moscow and then stumbled to a 1-1 home draw against Luxembourg.