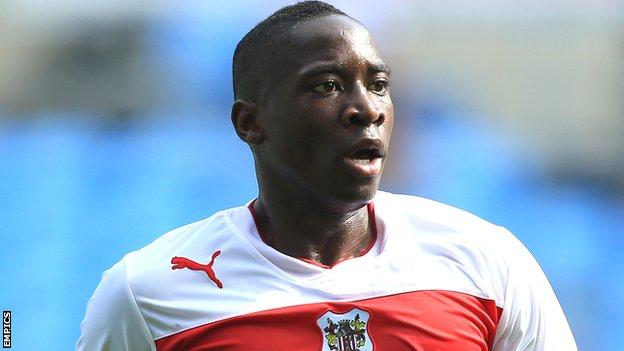 Stevenage closed the gap on League One leaders Tranmere to four points with victory over local rivals MK Dons.

The visitors took the lead when Lucas Akins collected Luke Freeman's pass and fired past David Martin from 25 yards.

MK Dons had their chances as Dean Lewington's header was saved by Steve Arnold and the Stevenage keeper turned Scott Allan's shot around the post.

Akins went close to grabbing a second but saw his shot cleared off the line by Luke Chadwick.

Darren Potter then cleared Marcus Haber's header off the line as Stevenage looked the more likely to score in the closing stages.

MK Dons, who have now not won in four matches, remain two points adrift of the play-offs but slip to eighth.