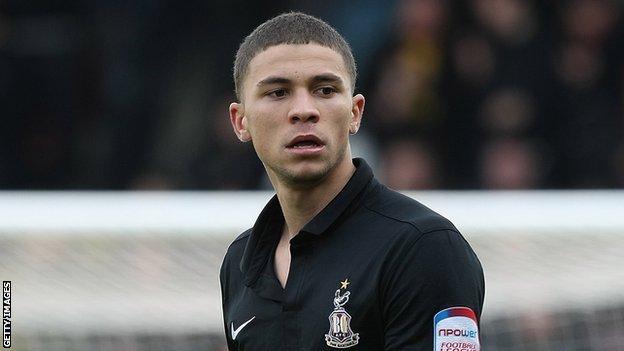 Nahki Wells scored twice as Bradford came from a goal down to beat promotion rivals Cheltenham.

The Robins led when Marlon Pack fired home from the spot after Andrew Davies had fouled Jermaine McGlashan.

But Wells levelled in first-half injury time with a penalty after Sido Jombati handled the ball in the area.

He fired them ahead from close range when he converted Zavon Hines's cross-goal header and James Meredith smashed in a late third.

"My players gets booked when he got tripped in the penalty box. I'm fuming with the referee, I can't say too much because I'll get myself into trouble but it was a clear foul.

"We would have been 2-0 up with a second penalty, and then 30 seconds later the ball is in the back of our net from a penalty and that's a bit galling.

"James Hanson is a real handful on days like this and gives people like Wells the chances but I thought we defended manfully.

"They're really good at what they do but we probably deserved something out of the game today."