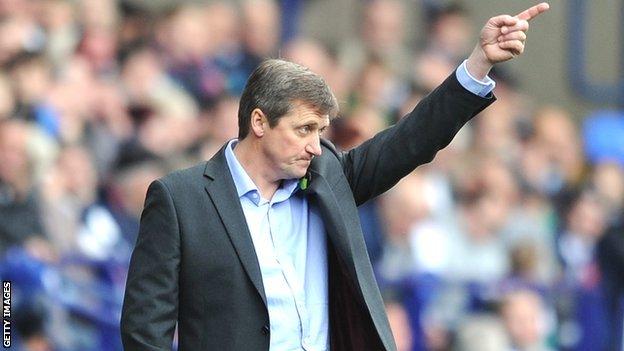 Struggling Bolton recovered from a woeful start to claim a much-needed home win against Bristol City.

Wanderers, led by caretaker manager Jimmy Phillips for the first time, were forced to dig deep when Steven Davies volleyed City ahead before doubling their lead from the penalty spot.

Chris Eagles got the home side back in the game with a well-struck free-kick.

Jay Spearing equalised with a neat finish before Martin Petrov curled in the winner with eight minutes to go.

The win will be a huge boost for Bolton, who following a poor run that had seen them claim just 10 points from 11 games in their first season since relegation from the Premier League.

The Trotters are still in the wrong half of the table but are heading in the right direction and now find themselves five points behind the play-off places.

They could not have got off to a worse start, though, Davies giving City the lead in just the third minute when he acrobatically volleyed in from Stephen Pearson's delivery following a short corner.

With their next meaningful attack, the Robins - without a win in four games heading into this match - earned a penalty when Martyn Woolford, running from left to right across the area, tumbled under a challenge from Tim Ream and Davies stroked home the spot kick.

It was Eagles - one of Bolton's survivors from last season's top-flight campaign - who gave the home side hope with a sweetly-struck free-kick after he had been felled on the edge of the box.

The goal rejuvenated Wanderers, who went close through Mark Davies, Petrov and Spearing before Spearing latched on to a neat through ball from Kevin Davies and finished coolly.

Petrov had the final say when he opened up his body to find the far corner after being played in down the right by good link-up play from Eagles and substitute Lee Chung-yong.

Bolton caretaker boss Jimmy Phillips: "It wasn't a good start, but the response of the players after that, to keep the ball down, to keep their nerve, was great.

"We knew that if we could up the tempo and move the ball a bit quicker, hopefully gaps would appear, and I think the two goals we did score in the second half were attractive pieces of football.

"We've had a week working with the players, we've put some different ideas to the players and the response has been fantastic. I think they have enjoyed the sessions."

Bristol City boss Derek McInnes: "The two-goal lead that we had was no more than we deserved. We nullified a lot of good players that Bolton possess, I thought we made them very anxious and nervous, and we had a real discipline, organisation and focus in that first period.

"We've been punished from a couple of midfield runs that we haven't done well enough to see off, but over the 90 minutes I thought we more than took part in the game against a good side.

"With the work we put in and the amount of good play we had - on another day that wins you points, but we've been undone."