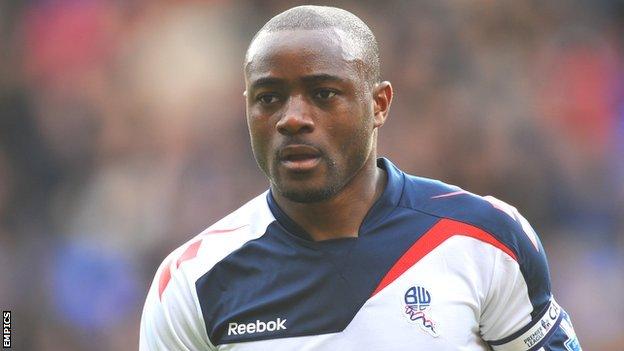 "Ipswich are a sleeping giant in the Championship - a massive club with a great history," said Reo-Coker.

"It's the right club at the right time for me and everything has fallen into place. The facilities are first class and there is a terrific fan base."

He added: "I had a good conversation with the manager [Paul Jewell]. He's highly respected in the game for what he has achieved.

"Ipswich may be at the wrong end of the table but it's still early in the season and I'm sure with the manager and the players the club have, it's only a matter of time before things turn around."

Reo-Coker, who played 23 times for England Under-21s, began his career at Wimbledon before moving to West Ham, where he spent three and a half years and played in the Hammers' FA Cup final defeat against Liverpool in 2006.

He then joined Aston Villa for £7.5m in 2007 and signed for Bolton in May 2011 but was unable to prevent the Trotters being relegated into the Championship.

Ipswich are 23rd in English football's second tier but Reo-Coker is the club's second high-profile addition in the last two weeks, after Town signed striker DJ Campbell on a three-month loan deal from QPR.

"There were a few clubs after Nigel so we are delighted to have him," added Jewell.

"He has leadership qualities and skippered teams wherever he has played. He's a strong character and that is what we need at the moment."