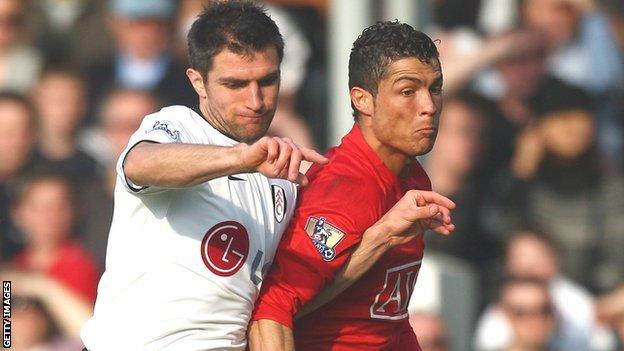 Aaron Hughes believes Northern Ireland can spring a surprise in the World Cup qualifier against Portugal in Porto.

Portugal lost 1-0 to Russia on Friday despite dominating possession and Fulham defender Hughes is hoping for a repeat at the Dragao Stadium.

"We can't expect to have even 50 per cent possession," said Hughes

"Russia were dominated by Portugal and won, but that's maybe what we want to do - sit and defend and hit them on the counter attack."

Having lost in Russia and suffered the ignominy of a 1-1 home draw against Luxembourg, Michael O'Neill's side face a side placed third in the FIFA rankings and are roundly expected to be brushed aside.

Hughes added: ""Everything will be stacked against us and when we do have possession and the ball does fall for us they can get a few passes in and create a few chances for ourselves."

Plenty of focus is sure to go to Cristiano Ronaldo, with the Real Madrid star set to win his 100th cap For Portugal in the match.

Hughes and Ronaldo crossed swords during the Portuguese's time with Manchester United.

"I have played a handful of times against him but maybe he has gone to another level since his days in the Premier League and maybe he can go further," said Hughes.

"He has gone and become just as successful in Spain and maybe there's more to come from him.

"I don't think he has peaked, believe it or not. He is still going and appears to be getting better.

"The fact he's reaching 100 caps already doesn't surprise me, even at 27, he is more than worthy of that.

"But whether it is his 100th or his 10th, what makes players great like that is they play like that every time and rarely have an off-night."