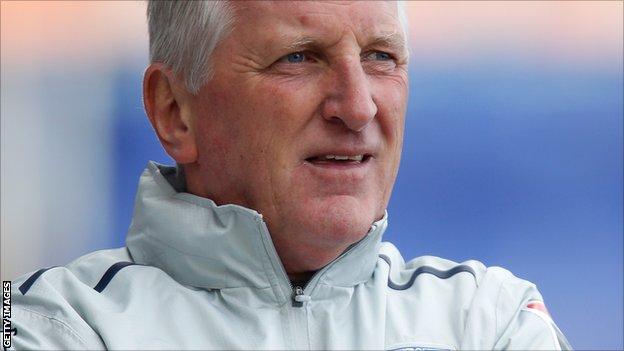 Ronnie Moore believes his current Tranmere squad is one of the best he has ever worked with.

put unbeaten Rovers seven points clear at the top of the League One table.

Moore told BBC Radio Merseyside: "We've got togetherness, they're honest, they have a go, we've got pace in the side and we've got goals in the side.

Tranmere have won nine and drawn three of their first 12 matches in League One, scoring 29 goals and conceding just eight

"It's hard to say if they're the best I've been with, but they're one of them. There's no doubt about that."

Moore has previously managed in the Championship with Rotherham, winning successive promotions with the Millers in 2000 and 2001.

Despite seeing Tranmere maintain their unbeaten league start on Saturday, Moore was far from impressed with his side's performance against the Glovers at Prenton Park.

Rovers trailed 2-0 after 29 minutes but fought back with goals from captain James Wallace, the division's top scorer Jake Cassidy and full-back Danny Holmes.

"We got the [first] goal just at the right time, just before half-time, and at 2-1 I felt it was a game we could go on and win," added Moore.

"We were awful in the first half, but we showed a bit of courage, a bit of determination and a bit of togetherness."