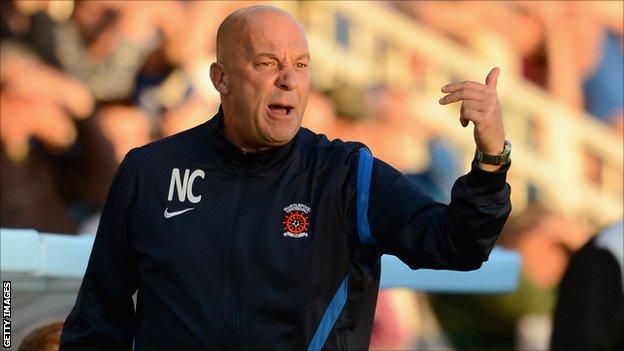 Hartlepool United head coach Neale Cooper has thanked supporters for their continued backing amid a run of nine league and cup matches without a win.

Pools remain second bottom of League One despite

"They've every right to criticise, but I'd like to thank them for their support," Cooper told BBC Tees.

"But we have to turn the corner now and get results so let's take the positive of a point today against a good team."

Rob Jones' late equaliser for Rovers robbed Cooper's side of a precious three points at Victoria Park, while knocks to three players through injury was a further blow.

"We lost Evan [Horwood] to a heel injury, which was hard for us," Cooper added.

"Then Charlie Wyke came on and looked good but then he got a really bad cut above his heel, in an awkward place and he had to come off.

"Steve Howard had a bad cut on the side of his head, but he's a tough lad and said 'give it a rub and I'll go back on'.

"We said he couldn't because it was pouring with blood, and he did well against their two centre-backs, he worked his socks off."