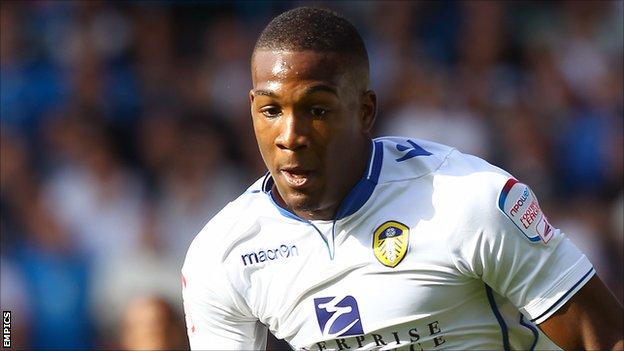 Striker Poleon and utility man Thompson, both 19, will link up with former United boss Kevin Blackwell at Gigg Lane until 17 November.

Poleon made his senior debut in August and has in six appearances.

Thompson, who earlier this month, played 10 times last season but has only appeared once in 2012-13.

Of the 72 Football League clubs, only Bury and Barnet are yet to win a league game this season

Bury are bottom of League One, seven points from safety, and still without a win this season.

They were set to claim a point at Crawley on Saturday, coming back from 2-0 down to level the match at 2-2, only to concede a last-minute goal and

"It's particularly galling losing like that, with 28 seconds to go," Blackwell told BBC Radio Manchester.

"It really only looked like one team was going to win the game. We were thoroughly dominant in the second half and showed courage to come back from 2-0 down.

"But we've got to be smarter than that. I know the goal was a fluke - he's gone for a cross and it's floated in at the back post - but when you're down there, if it can go wrong, it will go wrong.

"If we stick together and work hard, I'm sure things will get better."