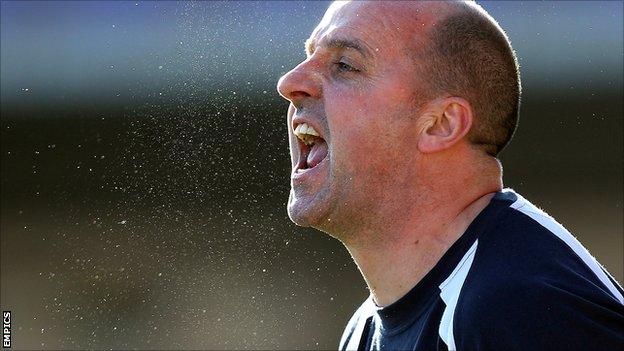 Paul Cook accused Accrington of lacking "hunger and desire" during their on Saturday.

Cook's side have lost two successive games for the first time this season.

"Not happy would be an understatement," he told BBC Radio Lancashire. "We never turned up, we never played well, we never got going and let everybody down.

You must show desire to win football games. If you don't show it, you won't win

"We were awful. We never showed any hunger or desire to win. When you play like that, you get what you deserve. We could have been beaten by five or six."

Stanley equalised mid-way through the second half with a goal from Padraig Amond, but conceded again less than two minutes later at Plainmoor.

"We've had a bad week. We've lost two games and we've had a game called off," added Cook.

"It's important we pick the players up, but players have got to be accountable.

"Managers will always get the blame for wrong team selections and things, but you must show desire to win football games. If you don't show it, you won't win."

After a Accrington have slipped to 11th in the table, although they are just two points outside the play-off positions.