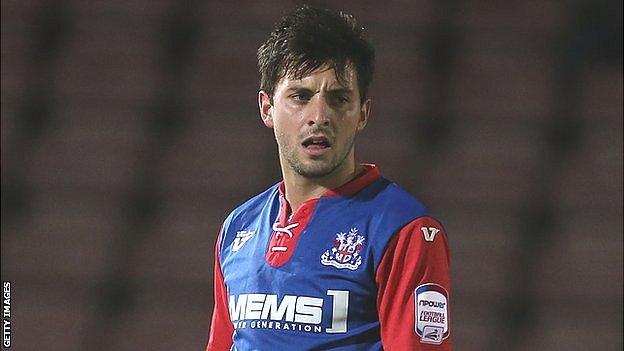 Gillingham manager Martin Allen says he is a proud father following his son Charlie's first goal for the club.

The 20-year-old opened the scoring in the Saturday's 4-0 win over Aldershot.

He told BBC Radio Kent: "It was a magical moment for me as a dad and as a manager. All the family will be absolutely delighted.

"He could have had about 10 goals already. I think he's got the highest assists in the club. I'm sure it's one he will never forget."

Allen was appointed as Gillingham manager in early July and brought Charlie to the club later that month.

Allen has previously signed his son while in charge at Notts County but the young midfielder said his move to Priestfield was motivated by his career ambitions.

"You've got to hold your hands up to him," Martin continued.

"How difficult must it be to have me as a dad? And me as his manager?

"To come back like he has done, after he got kicked out of Brentford and let go by Notts County ... it was a proud moment for me."