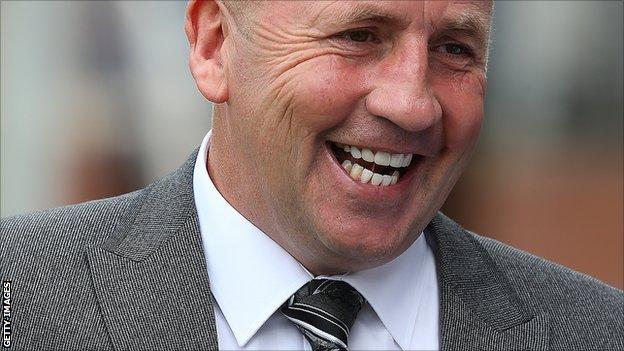 Rochdale boss John Coleman has admitted his side's home form is a worry after losing 2-1 to Morecambe on Saturday.

Dale lie sixth in League Two but have the poorest home record of any team in the top half of the table, winning just one of their six games at Spotland.

Coleman told BBC Radio Manchester a win will improve the mood of the home fans.

"The only to do it is by winning a game and then they'll get behind us, but at this moment we can't get them on board, no matter what we do," he said.

"I can't put my finger on why we're not starting like that.

"I think our home fans must think we coach our players to come out slowly and misplace passes.

"Possibly the fans that travel away from home might know a bit more about how we play."