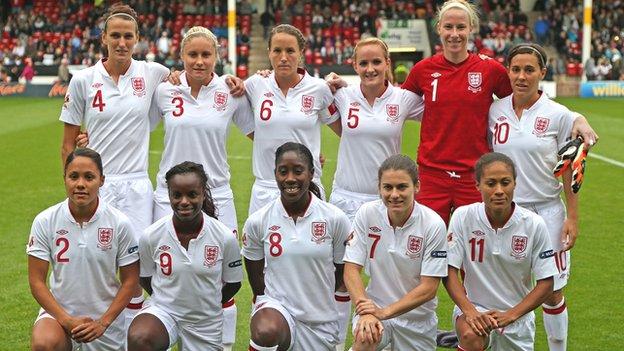 England women's friendly against France in Paris on Saturday 20 October will be broadcast live on BBC Three.

It is the third successive England game to be broadcast live by the BBC, after the 3-0 win over Croatia last month and June's 1-0 win over the Netherlands.

It is also the first time Hope Powell's side will have played since securing qualification for the Euro 2013 finals.

France - ranked fifth in the world - knocked England out of the 2011 World Cup and finished fourth at London 2012.

"This is a really good test for us to end the year," said England coach Powell.

"It is the first match of our European Championship preparations and it will set the tone for the next nine months.

"We need to test ourselves against the best teams on the continent and France are top-class opposition. That said, they were quite keen to play us, too.

"They are a rapidly improving team. They have made really good progress since the last World Cup and this is just the sort of game we need to see where we are at."

The match takes place at the Charlety Stadium in the French capital and kicks off at 19:50 BST.