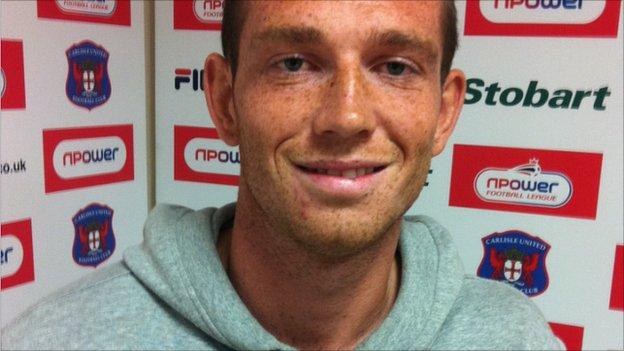 Carlisle United have extended the loan of Watford striker Joe Garner in time for Tuesday's League One trip to Bury.

Garner, 24, scored once in five appearances for the Cumbrians on his return to Brunton Park, after leaving to join Nottingham Forest in July 2008.

The deal, which allows Garner to play in the FA Cup, will end on 20 November after the home game against Doncaster.

"Joe was keen to stay and we were keen to keep him here," manager Greg Abbott told the club website.

Injuries limited the former Blackburn trainee to 55 appearances in three years at the City Ground, and since joining Watford in August 2011 he has scored once in 27 matches.