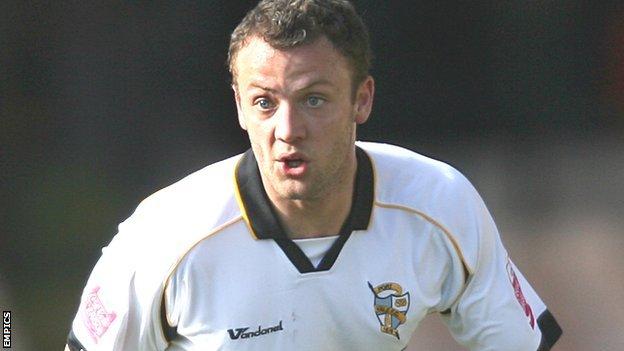 Hereford United manager Martin Foyle has confirmed that his three loan players are eligible to play in Saturday's FA Cup fourth qualifying round tie at FC United of Manchester.

Perry made his debut in Saturday's home 0-0 draw with Braintree Town after joining for a month from Nuneaton Town.

With a host of players sidelined through injury - including Luke Graham, Chris Carruthers and Marley Watkins - the Bulls' squad would have looked thin ahead of Saturday's trip to Gigg Lane.

Foyle admitted: "It was major that they could play in the FA Cup as I knew the injured players would not be coming back."

Meanwhile, the Bulls' boss says midfielder James McQuilkin has merited his recall to the first-team squad.

After six successive matches in which he did not even make the Hereford bench and was put on the transfer list, the 23-year-old Northern Irishman has now appeared for the final quarter in two of their last three matches.

"James would be the first to say his attitude wasn't right and his pre-season form was poor," said Foyle.

"I made him available for transfer and loan but we didn't get a single phone call about him.

"Then it was a case of seeing whether he would buck his ideas up.

"Fair play to him. He has got on with it, knuckled down and is working a lot harder."