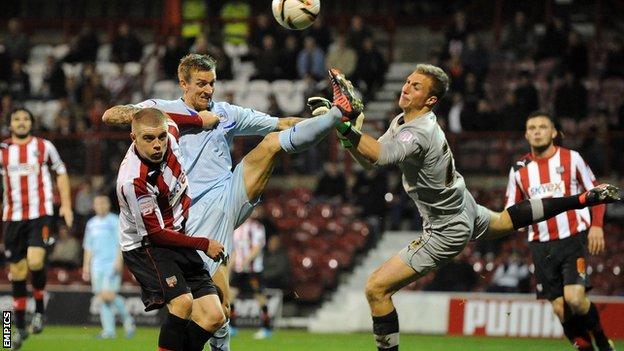 Forrester sent goalkeeper Joe Murphy the wrong way from the spot after he was brought down by Jordan Clarke.

The Sky Blues took an early lead when David McGoldrick beat the offside trap and fired under Simon Moore.

But the hosts hit back just before half-time when Forrester lashed home from Adam Forshaw's through-ball, and the forward snatched all three points for the Bees with his spot-kick.

"My assessment of the game is we were nowhere near good enough. We played for 15 minutes in the first half and a little bit in the second half.

"Everybody needs a rocket, we do the right things day in, day out and we then have a performance like that.

"I have to take it on the chin, it's totally unacceptable to me and I'm absolutely not used to losing two games like that.

"The penalty was a little bit soft, every decision seemed to go their way - but you only get what you deserve when you work hard."