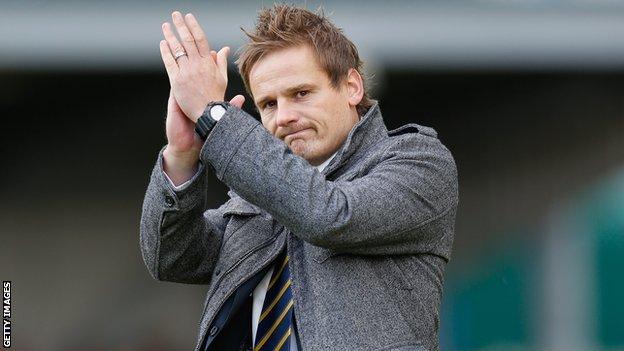 AFC Wimbledon eased past Bristol Rovers to give manager Neal Ardley his first win in charge of the Dons.

Ardley saw his side take the lead when Garry Kenneth turned the ball into his own net, before Rashid Yussuff curled in to double the advantage.

Will Antwi made it 3-0 to the hosts before half-time when he nodded home Yussuff's pin-point free-kick.

Tom Eaves did strike from 25-yards for the visitors, who had Tom Parkes sent off for a second yellow late on.

"It was a ridiculous red car for Tom Parkes. I said to him once he'd been booked 'don't get sent off'.

"Even if they score and we lose 4-1, at least we would still have Tom on Saturday.

"It was a totally unnecessary and unprofessional sending off. Garry Kenneth limped off so I could be without a centre half on Saturday."