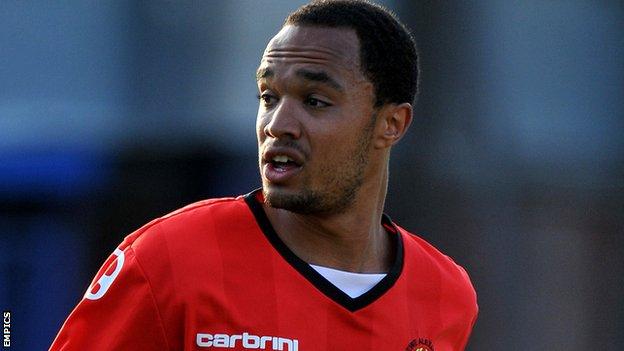 Byron Moore scored his first goals of the season as Crewe beat Swindon.

And the forward netted his second just before half-time with a chipped shot over keeper Wes Foderingham.

The result pushes Swindon out of the play-off places in League One while Crewe move up to 16th.

"Once again, we have to thank some of our players for the mistakes they made. This time it's Alan McCormack, my captain.

"He lost three balls in a row, without being under any pressure.

"He's a player that should know what I want and it's things like that that will see us drop and drop.