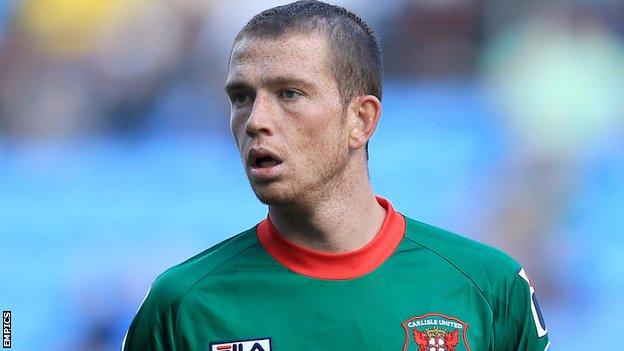 Joe Garner scored twice for Carlisle, who won at home in League One for only the second time this season to end Oldham's four-match unbeaten run.

The hosts went ahead when Liam Noble crossed for an unmarked Garner to head home from close range.

The striker nodded in Matty Robson's delivery for 2-0 and Robson pounced on a loose ball to seal the game.

Jose Baxter netted a late consolation from the penalty spot for the visitors after Matt Smith was fouled in the box.

"We knew coming up here that it was going to be tough. For whatever reason, I thought we were very flat-footed and lethargic.

The desire and the workrate to win football matches that we've had didn't seem there tonight.

"When you're not playing well, it's important that you grind out a result.

"We were thinking it had 0-0 written all over it, but individual errors cost us for all three goals."