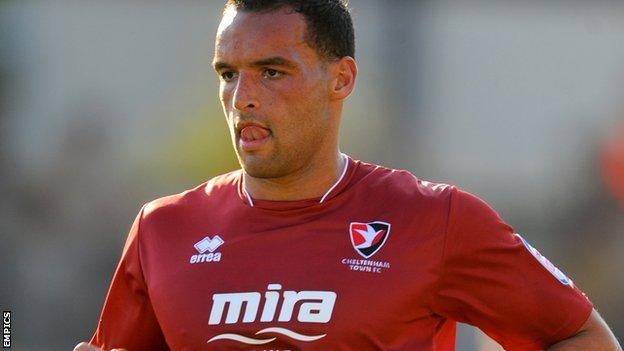 Substitute Kaid Mohamed netted the winner as Cheltenham came from behind to beat Plymouth.

The visitors broke the deadlock on the half-hour mark when Conor Hourihane nestled a fine shot into the bottom corner of the net.

But their lead only lasted for seven minutes as Steve Elliott headed in a Billy Jones free-kick.

Plymouth had a penalty appeal waved away before Jones set up Mohamed, who nodded in his third of the season.

"I thought we were outstanding, especially in the first half.

"We earned out luck at the end when Scott Brown made a fantastic save.

"Chris Zebroski was outstanding but he was guilty of missing three or four chances.

"But we'll take that because he's a proper lad and put in a proper shift."