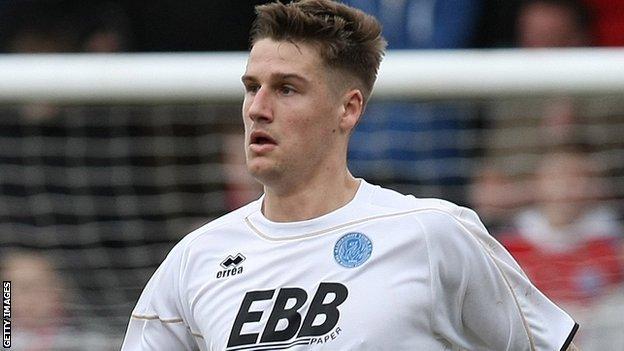 The Shots broke the deadlock within the first minute when Danny Hylton fired into the bottom corner.

Mark Phillips headed in Kevan Hurst's cross to level, before Shrimpers striker Freddy Eastwood missed from the spot after Britt Assombalonga was felled by Anthony Tonkin.

And the hosts were made to pay when Bradley headed home the decisive goal.

Despite ending their bad run of form, victory was not enough to propel Aldershot out of the League Two relegation zone.

"We've had some tough times, not all deserved but I'm so delighted for the players and the staff.

"They've shown character, massive character to level and then have a saved penalty and then to go on and win the game and come here is a tough ask.

"Well done to all the our fans who travelled here tonight and keep with us because we're going to keep trying our socks off to move up the table.

"This will make a big difference to their confidence and have the belief again."