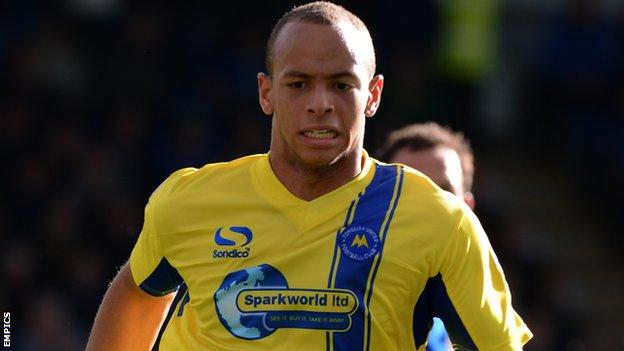 Torquay United will be without winger Lloyd Macklin for at least three months after he broke a bone in his foot.

"He went over on his ankle and he's done a lot of damage to the bone in his foot," manager Martin Ling told BBC South West Sport.

Macklin had only just returned to the side after missing a month with a hamstring problem.

"He's not going to be back until the new year in a season that's important for him," Ling added.

The Torquay boss took Macklin in August having told the former Swindon Town man that he at the end of last season.

Macklin joins Ian Morris, as a long-term absentee in the Torquay squad.

But at this stage Ling says he is not considering entering the loan market to bolster his squad.

"At the moment we're down to 22 of our 24 and we're down to that number until at least February time with Lloyd coming back and definitely after that for Morris.

"We've got to keep our finger on the pulse, but when the bench gets to the stage when it's not pushing the first 11 we'll move to the market, but I don't think that's the case at this moment in time."