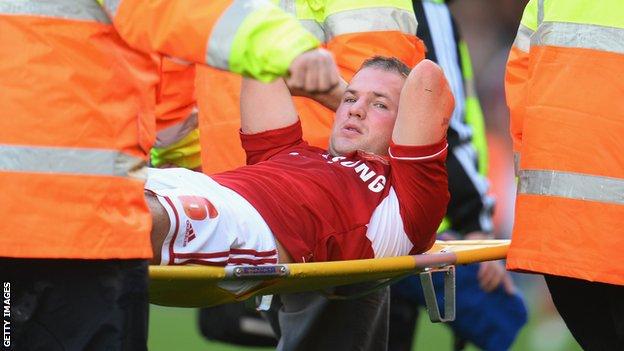 Swindon Town midfielder Alan Navarro has been ruled out for at least a month with a medial ligament injury.

The 31-year-old was carried off on a stretcher in the final minute of their 2-2 draw with Coventry on Saturday.

It was feared Navarro had suffered a recurrence of the cruciate injury that sidelined him for eight months during his spell at Brighton.

Navarro has now travelled to Italy to receive treatment.

The news of Navarro's absence comes a week after striker Andy Williams was ruled out for a month with a calf injury.

Swindon are currently under a Football League transfer embargo after they exceeded the set wage and fee limit.