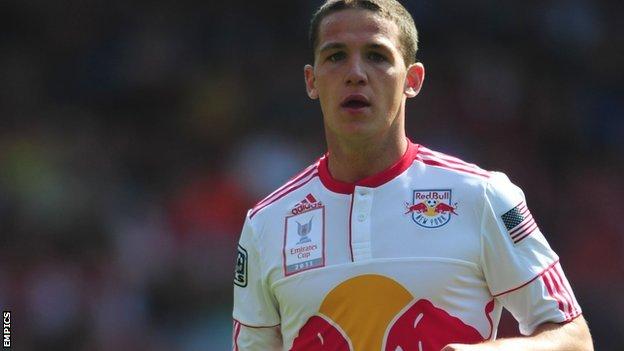 Barnsley's move for forward John Rooney has been held up because of a problem with international clearance.

The 21-year-old, who is the younger brother of England striker Wayne, had looked set to join the Tykes.

However, it appears his deal with American side Orlando City was valid after 31 August, meaning he can not move outside the transfer window.

"There is some confusion about when his deal expired," Barnsley general manager Don Rowing told BBC Radio Sheffield.

"We're awaiting confirmation from the Football Association whether he is eligible to sign for us. Hopefully, we'll have some news on it in the next few days.

"If they say we can't bring him now then we intend to sign him on 1 January."

Having started his career with Macclesfield, Rooney moved to MLS side New York Red Bulls in January 2011.

He struggled in New York and moved to third-tier Orlando after one season.