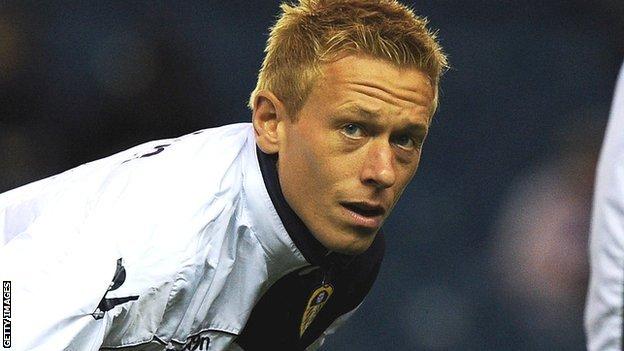 The 31-year-old Finland international is a free agent after leaving Leeds United in the summer.

Curle told BBC Radio Nottingham's Matchtalk: "We are trying to come to a package that is suitable for him and also affordable for the club."

Mikael Forssell joined Chelsea as a 17-year-old in 1997 and scored two goals on his full debut, an FA Cup tie against Oxford United.

Curle also revealed that defender Jordan Stewart has an offer to play in the USA and could leave in January.

Stewart, 30, has started the last two games after joining earlier this month, but is only contracted at Meadow Lane until the end of the year.

"Jordan has an opportunity to go to America," Curle said. "I don't know how firm that offer is and that is a gamble we have to take.

"Sometimes we are not able - because of the finances at the club - to offer big long-term contracts to players that are 30 or 31.

"But someone out there may be able to give them something that we can't - as in longevity in a contract."

You can listen to Keith Curle on BBC Radio Nottingham's Matchtalk on iPlayer by clicking on this link.