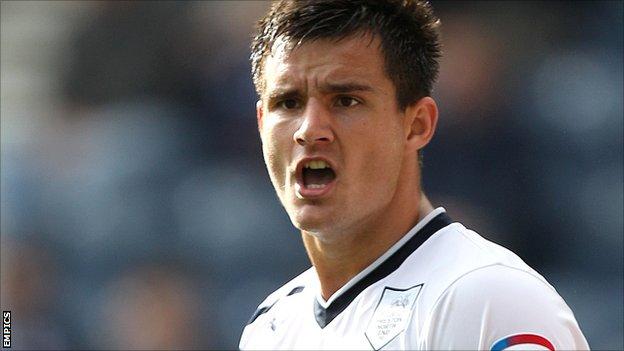 Versatile Bailey Wright wants to remain at the heart of Preston's defence after filling various roles this season.

The Melbourne-born 20-year-old has started 12 of Preston's 14 matches, playing in both full-back positions.

But after impressing at centre-back in Sunday's 0-0 draw against MK Dons, Wright told BBC Radio Lancashire he is keen to stay in that role.

"I'm playing in my preferred position now, definitely. I prefer centre-half to right-back or left-back," he said.

With any defence, your aim is to get a clean sheet. If you do that, it's job done

"I feel I've progressed a lot more because I've got more experience in the league, I'm understanding how to deal with certain situations and the way a game goes."

Wright was by manager Graham Westley in the summer, but was given the chance to remain at Deepdale and has taken it, establishing himself in the starting line-up in the opening two months of the season.

Last Sunday, North End kept their first clean sheet since 18 September, with Wright partnering Chris Robertson, who was making his first league appearance of the campaign, for most of the match.

"I played with Robbo a bit last season and a couple of times in pre-season," added Wright.

"He did brilliantly when he came on and we kept a clean sheet together.

"With any defence, your aim is to get a clean sheet. If you do that, it's job done."