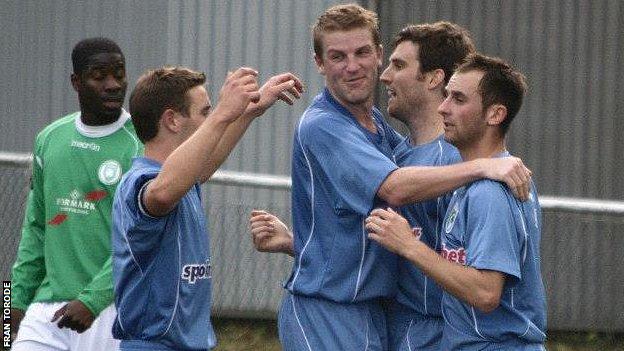 Guernsey FC face a tough test in the second round of the FA Vase as they travel to unbeaten Kent League leaders Erith Town.

The Green Lions are second in the Combined Counties League, having lost just once all season.

Guernsey beat Surrey side last week having seen off and in the preliminary rounds.

The tie is set to be played on Saturday, 17 November.

"It obviously makes for an exciting challenge for us and them.

"Our aim is still the league and to get promotion, however that's not to say that we won't try and win every game.

"When you get presented with a challenge like this you want to try and progress."

And Vance feels that the clash with Erith could be one of the toughest games his side have faced in their two seasons of existence.

"We played Guildford City last year in the semi-final of the Combined Counties Premier Cup and they went up to step four and are top of their league, so I guess it's a similar contest to that one with definitely a greater prize," he added.