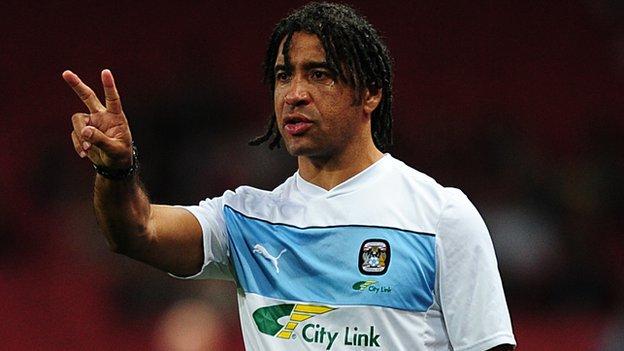 The former Sky Blues defender, 44, a crowd favourite in his 11-year career as a player, returned to the club in June as number two to Andy Thorn on a three-year contract.

He took over as caretaker following Thorn's August departure and was then on a three-man shortlist for the job.

But Robins has taken a month to decide that Shaw is surplus to requirements.

Mark Robins felt that he needed a flatter management structure

"Mark felt that he needed a flatter management structure and within that there was no need for an assistant manager role," said Sky Blues development director Steve Waggott.

"Mark has worked with the current staff for several weeks but had told the board on his arrival that he would review the way things were organised and the shape of the structure.

"He has done just that and really taken his time to assess how he believes he can best deliver success for Coventry City."

In contrast to the four straight league defeats suffered by Shaw and joint caretaker manager Lee Carsley, who remains in charge of the Sky Blues youngsters, Robins has so far proved a hit at the Ricoh Arena.

After starting with a home defeat by Carlisle United and a League Cup thumping at Arsenal, the Sky Blues are now unbeaten in four games - and are clear of the League One relegation zone.