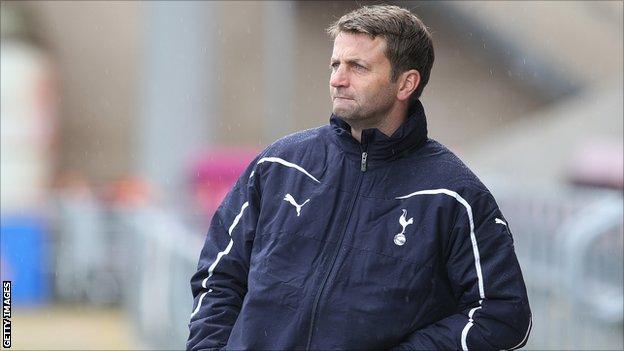 Tottenham have rejected a formal approach from Blackburn to speak with technical co-ordinator Tim Sherwood about becoming their next manager.

The 43-year-old, who captained Rovers to the 1995 Premier League title, has been identified as first choice to replace Steve Kean.

But Tottenham chairman Daniel Levy wants him to stay at White Hart Lane.

Blackburn wrote to Spurs earlier this week requesting permission to speak to Sherwood but the approach was rejected.

remains in the frame, while Blackpool boss Ian Holloway is also on Blackburn's shortlist.

Caretaker manager Eric Black is expected to take charge of the team against Derby on Saturday, but Blackburn officials hope the next 24 hours will be crucial as they close in on a new manager.

Sherwood spent seven years as a player at Ewood Park, lifting the Premier League trophy at Anfield after Blackburn pipped Manchester United to the title in 1995.

after 21 months in charge of Blackburn, who are currently ninth in the Championship after 10 matches.