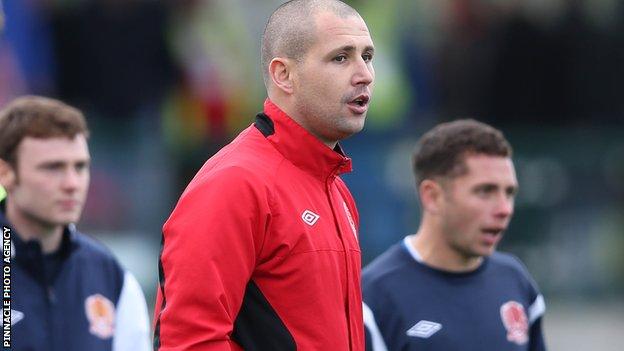 Jersey will represent England in San Marino next March after in April.

"We're in discussions with people from the league with regards to bringing over some Conference teams.

We've gained new contacts and it's been a great networking experience, especially for trying to move us forward in Jersey and increase our games programme

"It boils down to finance," said Culkin, who also hopes to use the new St George's Park training complex.

The training facility for England teams was at Burton upon Trent.

"One of the things that we've been in dialogue with is that we are looking at potentially going to St George's Park prior to San Marino at some stage next year," Culkin told BBC South West Sport.

Meanwhile, he and assistant Dave Kennedy have been impressed with the England C set-up for a friendly between representative sides of the two countries' best non-league players.

The game had to be called off after a flash flood, but Culkin said: "We've gained new contacts and it's been a great networking experience, especially for trying to move us forward in Jersey and increase our games programme."

"The medical professionals, administrators, photographers, everyone's got a role to play and there's a lot of preparation and thought put into developing these boys and ensuring they're successful."