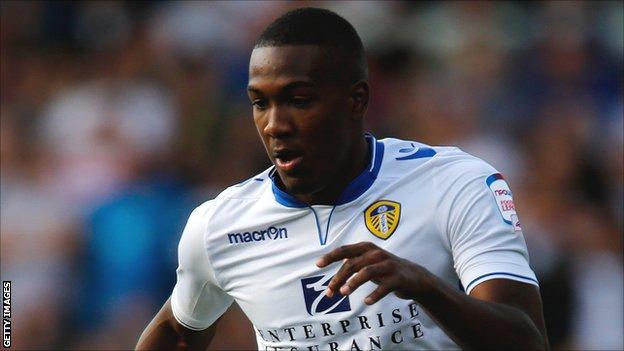 Leeds teenagers Dominic Poleon and Zac Thompson have said the chance to play regular first-team football was their motivation to join struggling Bury.

The two loanees made their debuts in Tuesday's

"[Leeds boss] Neil Warnock wanted us to go out, get experience and learn the game," Thompson, who scored against Carlisle, told BBC Radio Manchester.

Poleon said: "I was excited to come. Hopefully I can come here, get wins for the team and establish myself."

Versatile Thompson appeared in a single Capital One Cup tie for Leeds this season, while striker Poleon had scored once in six games for the Championship club, before their month-long loan moves to Gigg Lane.

The two new arrivals could not inspire the Shakers to a first League One victory of the season on Tuesday, although

But the two 19-year-olds are confident that the wait will soon be over.

"The results don't reflect how the lads are here," said Poleon. "They're excellent, they work hard and Tuesday's performance was outstanding.

"Hopefully once we get a run of games and get our first win, the ball will be rolling."

Thompson added: "I don't see how they're losing every week. With performances like that [against Carlisle] I don't know how they have been losing."