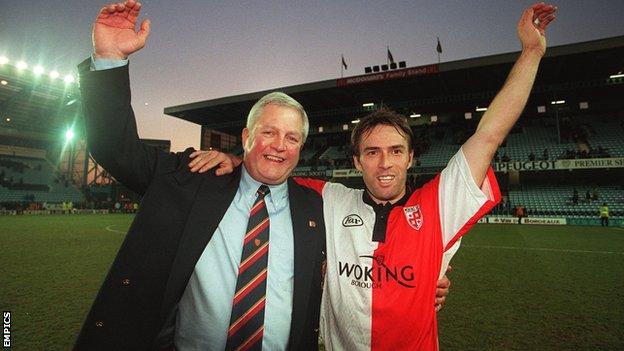 The Cards face fellow Blue Square Bet Premier side Ebbsfleet in their fourth qualifying round tie on Saturday.

He told BBC Surrey: The FA Cup is massive in more ways than just financially. You want to get as far as you can in it.

"We are certainly no exception. There's prize money [at stake] and I think it boosts a team's confidence. There are lot of reasons for wanting to do well."

Thompson, who featured in the club's run to the third round proper in 1996-97, added: "It is a massive competition and is one hundred percent not a distraction.

"The only thing that matters is winning Saturday's game.

"It's a tough draw for both teams but it's a very important game. Being at home is much preferable for us."