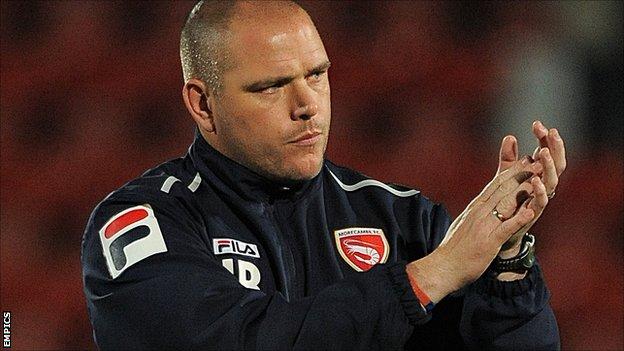 Jim Bentley believes Ryan Williams will be "an excellent addition" to the squad after the midfielder signed a short-term contract with Morecambe.

The move for the 21-year-old, who previously played for Chester and Rhyl, is subject to international clearance.

Williams has been training with the Shrimps since pre-season and, with some funds now available in his transfer budget, Bentley has handed him a deal.

"Joe Mwasile's loan move to Workington has allowed me some room in the budget to bring him in and he will be an excellent addition to our squad over the coming months.''