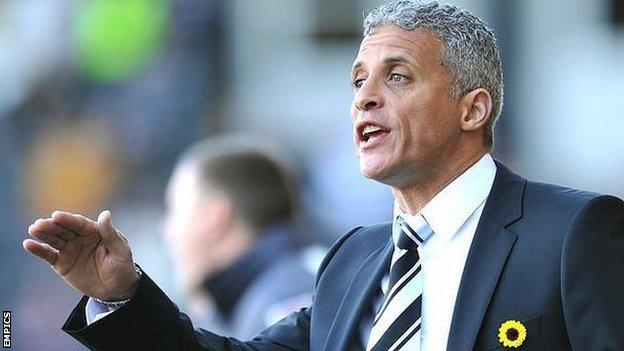 Notts County manager Keith Curle was furious with his side's defending in the 4-1 Johnstone's Paint Trophy defeat against Sheffield United on Wednesday.

"The willingness to attack the first ball in the 18-yard box wasn't there.

"I will have to move on but I have learned certain things about certain players that will take a lot of eradicating from my memory."

The Blades were 4-0 ahead nine minutes into the second half courtesy of some ruthless finishing.

And although the game was very close in terms of possession and chances created, Curle said the defensive display was simply not good enough.

"If you let people attack the ball and make their runs they will get on the end of the ball," Curle added. "You have to be physical, you have to be a physical presence and you have to spot danger.

"They didn't give in and they won't give in because they are wearing a Notts County shirt and I won't allow that to happen and the easy thing is to say 'now we can concentrate on the league'.

"But I am still bitterly disappointed by the performance and the manner in which we went out of the cup."